Consumers started to feel the shock of the worldwide microchip shortage in late 2020 alongside the shipping crisis, destruction of multiple chip factories and political issues affecting trade.The crisis continued to worsen with people scrambling to buy a ps4 still three years after its release, auto sale lots resembling empty parking lots, and audio video supplies on backorder for months. Experts have guessed that, though chip sales have increased since the improvement of worldwide shipping, that we won’t see the end of the crisis until sometime in 2023. It seems that the chip industry just can’t catch a break. Just as the industry begins shaking off the worst of the microchip shortage, chipmakers are facing a new issue due to Russia limiting its gas resources- the same gas used to make semiconductors. 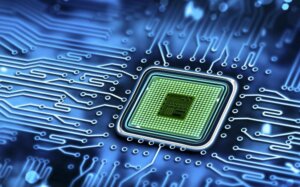 According to a report by Russian State News Agency, TASS, Moscow began restricting exports of “noble” gases, like neon, argon and helium to “unfriendly” countries at the end of May. Vladimir Putin specifically adopted these restrictions for countries that imposed a number of sanctions on Moscow in response to his assault on Ukraine. All three gases are used to produce the tiny electronic chips found in a range of consumer products, from smartphones to vehicles. Prior to the war, Russia and Ukraine together accounted for about 30% of the chip industry’s supply of neon gas. 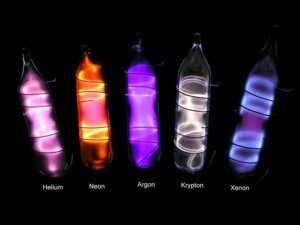 Justin Cox, director of global production at the automotive consultancy said that the export limits were worrying but had not taken chipmakers by surprise. The good news in all of this, is that industry leaders have been preparing for this since Russia invaded Crimea in 2014. Before the war, Russia collected raw neon as a byproduct in its steelworks, then sent it to Ukraine for purification. The two countries have been leading producers of noble gases since Soviet Union era, when they were used to build military and space technologies. The industry’s original dependence on Ukraine and Russia for neon was between 80% and 90%, but since since 2014, chipmakers have decreased it to less than one third.

Though the industry has prepared, it is still to soon to know how much the restrictions will impact semiconductor makers. Experts say that the war has not yet impacted the production of chips, but that we aren’t likely to see the consequences for a few months and they are expected to be minimal. The largest concern is that they will likely end up paying much more for the vital gases. Because most are traded under private long-term contracts, It is difficult to track the price of neon and other gases. Even so, it is estimated that neon contract prices have already increased five times since the invasion earlier this year, and will remain high in the near future. Only time will tell just how much this will affect the microchip industry and possibly further the shortage. The good news- Industry leaders are doing everything they can to ramp up production and secure additional supply for a longer period.