Where did Santa hide the PS5s?

The PlayStation 5 has set records as being Sony’s best-selling system yet, having already sold 10 million consoles since its release last year. With the demand so high for the system, paired with a continued chip shortage, the console seemed nearly impossible to find during the holidays. Even when available, resale companies and private sellers are charging upwards of triple the original selling price. Even though we survived Christmas, that doesn’t mean the insane hunt for Sony’s new system is over just yet. If you’re still on the hunt for the PS5, it doesn’t look like it’s getting easier to find any time soon. Let’s walk through some of the issues affecting your chances of finding a PS5 right now: 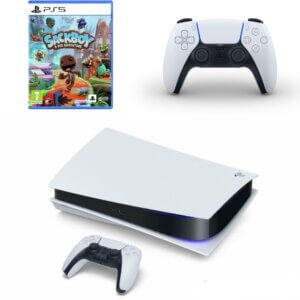 Since the release of the PlayStation in November of 2020, it seems that as soon as the console is available through one retailer, it’s already sold out. This is mainly due to bots buying the systems in bulk as soon as they’re available for purchase. They are then being sold through other platforms at higher prices. The increase in bot buying led representatives to introduce the, “Stopping Grinch Bot Act”, which is aimed at preventing this issue from continuing. Representative Paul Tonko, Senator Richard Blumenthal, Senate Majority Leader Chuck Schumer, and Senator Ben Ray Luján, announced the bill on November 29, which aims to “crack down on cyber Grinches using ‘bot’ technology to quickly buy up whole inventories of popular holiday toys and resell them to parents at higher prices. A nearly identical bill was introduced in 2019 and unfortunately was dropped due to lack of support. Representatives are hoping this bill will have more support this time around, however, considering the increase in bot buying and the global chip shortage. Though it is unsure whether this bill will ever garner the necessary support to get passed, consumers can sleep easy knowing that larger retailers are utilizing new software to help curb the insane amount of bot-buying with the next-gen gaming systems. While this won’t completely fix the problem, more systems will be available for purchase for the average consumer moving into 2022.

No Chips to Ship

Microchips, also referred to as semiconductors, are used in nearly every electronic device in the world and operate as the brains behind every piece of technology used on a daily basis. Because they are such an integral piece of electronic production, demand for these chips was already high before the onset of the pandemic. Unfortunately, a series of unforeseen circumstances slowed chip production to record low numbers, drastically impacting the technology market worldwide. Between the massive factory shutdowns in 2020 due to the pandemic, natural disasters temporarily closing multiple chip plants, and political issues in Asia disrupting chip production, there is a massive disruption in the supply/demand level for microchips worldwide. Despite global efforts to increase production and plans for new factories developing in the U.S, this shortage is likely to extend into early 2023. Unfortunately for gamers worldwide, this means a shortage in gaming technology, as these microchips are used in every gaming console, controller, and even your fancy headsets. While Sony was able to secure enough chips to reach their goal of 14.8 million consoles for the first fiscal year of production, they’re not expecting to fare as well this year.

Bloomberg News reported that Sony has cut the goal for the number of systems being produced by over 1 million before March of 2022 due to the inability to fulfill chip orders. The demand for the system is at an all-time high and this decrease in production will have a large impact on consumers trying to purchase the PS5 in the future. 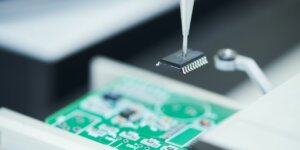 We’re seeing record-high shipping prices and wait times all across the board but overwhelmingly so in the electronics sector. After a fall in shipping demand during the early days of the pandemic in 2020, a surge at the end of that year led to delays, port traffic jams, and blockages across the world. Now, containers are jammed up in ports due to rising demand and a continuing shortage of dockworkers and truckers. As major ports contend with a staggering pileup of cargo, what once seemed like a temporary phenomenon is beginning to look like the new “global norm”, potentially pushing the shipping crisis well into 2023. The global shipping crisis has negatively affected the availability of PS5’s, especially because most of the consoles are made and assembled directly in China. Wait times and prices for the consoles will remain uncharacteristically high until global trade returns to normal and our ports become unclogged.

Though these unforeseen issues resulting from the Covid 19 pandemic made it all but impossible to get your hands on a Playstation 5 this holiday season, you shouldn’t lose hope just yet. Below, I have listed a few ways to increase your chances of snagging one in 2022 :

Many companies are limiting access to the PS5’s, only offering the releases to those with either a paid or free subscription to their services. Additionally, these companies may give subscribers early announcements for PS5 restocks if exclusive sales are not available.

*Amazon Prime (The most popular of the services listed. This includes the video streaming service as well as free overnight shipping on compatible products through Amazon.)

*Walmart Plus (Perfect for frequent grocery shoppers. At less than $13 monthly, you receive free shipping on online orders, Free delivery from your local stores, discounted prescriptions and fuel, as well as online Black Friday deals and member-only game console releases.)

*Best Buy TotalTech (This is the priciest service listed. It’s perfect for someone who frequently needs phone or computer repairs, as these come complimentary with the service.)

*PlayStation Plus 9If you already own the PS4, you most likely already have this service, as it’s necessary for online gameplay. When PlayStation Direct is back in stock with consoles, they will send members an email. Be sure to watch out for it!

Quite a few people have taken to social media platforms to announce the restock of the PS5 and other consoles. @Mattswider on Twitter, for example, posts whenever he knows of PS5 and XBOX series X restocks. He also runs www.theshortcut.com , a website dedicated to offering exclusive deals and restock dates for the next-gen consoles.

We’re not entirely sure where these guys are getting their information, but we sure do love them for it!

Make sure you are actively watching out for PS5 releases. Even when you miss one, it’s helpful to know which retailers are releasing the consoles and on what days. Below I have listed the most recent releases for the console through different retailers. Be sure to check in with these distributors daily to see if they are back in stock. A couple things to keep in mind as you’re shopping around: 1. Console sales typically never happen on the weekend. You’re much more likely to find releases between Monday and Thursday. 2. Similarly, these releases typically never happen in the morning. Your best bet is late afternoons or early evenings.