The Latest In Net Neutrality

You’ve probably seen the term “net neutrality” many times over the years and skipped past many articles discussing it. Not sure if you are for it or against it, you know that nothing has changed and its not really affecting you after all. Well, change is coming. In this blog we will go into detail about what net neutrality is, the benefits and disadvantages, and where it currently stands in the courts.

So What is Network Neutrality?

Network Neutrality is the principle that the internet should be fully accessible. All content and applications, despite the source, should not be blocked or throttled by your ISP (Internet Service Provider.) Majority of Americans support network neutrality, and most internet service providers support it as well. The main issue with net neutrality is deciding on how the internet should be classified. The main argument is whether the internet is a Title I Information Service or a Title II Common Carrier Service.  The differences between these categories makes a difference in how the government can regulate it. Title I would mean that there would be little regulation, if any. Title II would mean that the internet would be highly regulated by the FCC.

The Fight Over The Internet
A Multi-Decade Battle 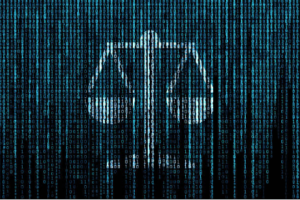 Since the dawn of the internet the government has been debating on whether the internet classifies as a Title I or a Title II service and how to regulate it. Back in 2005 the FCC adopted net neutrality principles. Then in 2015 the FCC issued the Open Internet Order, classifying all ISPs as a Title II common carrier services. In 2017 the FCC gained a new chairman, Ajit Pai. Ajit Pai is a strong advocate for deregulation of the internet, thus working to repeal net neutrality. This comes with major push back from nearly 4 out of 5 Americans.

Network owners could lose out in beneficial innovations, such as paying for premium services allowing certain apps to have faster connection.

Another argument against net neutrality is the idea that not everyone uses the same amount of internet. People who use more internet should pay more, while those who use less should pay less. 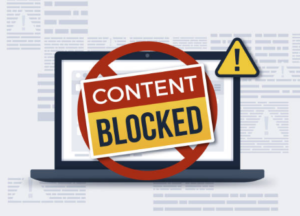 What Are The Advantages of Network Neutrality?

There are several arguments for net neutrality. Net neutrality would ensure that everyone has the freedom to browse, communicate and voice their opinions on the internet. Illegal activities will still be monitored and removed as they have been.

Smaller business and start ups will benefit with net neutrality. They will not have to pay extra or be pushed out of the browsing experience by larger monopolies that can afford to have better placement in search engine results.

There is an idea that without net neutrality the internet could look a lot like cable television packaging. You would have to pay more to experience premium content, such as email and possibly certain websites. Network neutrality prevents bundle packaging, making sure that the internet is without extra added fees. All customers will receive the same content for the same price. Below is a picture of a mock up that some people fear may become a reality if net neutrality fails to exist. 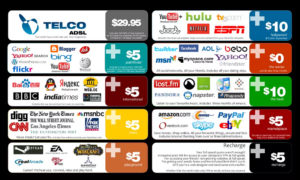 Where Are We Now with Network Neutrality?

Earlier this month the Federal Appeals Court announced that the FCC can repeal net neutrality; however, it cannot block and state laws regarding net neutrality. You can view where each state stands here. South Carolina’s legislation is free to read here. Overall 34 states have introduced bills in regard to neutrality. The FCC is unhappy with the latest court decision, as they believe that the new ruling will hurt competitiveness and create an uncertain market. Until then, the states will continue to push bills to keep it.

At Advanced Integrated Controls we believe in delivering the best for our customers. Whether it is innovative products or the latest in technology, we are here to connect you to the world.