The Truth Behind Internet Speed Tests

The Truth Behind Internet Speed Tests

It wasn’t that long ago when we were expected to wait on a website to load. A dial up connection would take forever and a webpage would slowly appear inch by inch. Flash forward twenty years and it is a whole new story. We are connected and rely on the internet for our day to day activities. Sometimes websites and platforms take too long to load and it becomes frustrating.  There are many speed tests on the internet which can tell you how fast your network connection is; however, when performing a speed test there are many variables that can alter your readings. 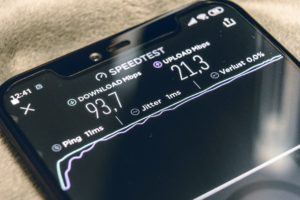 When performing an internet speed test there are three measurements to determine the speed: download tests, upload tests, and ping.

When testing your internet connection a download test tells you how quickly your computer can transfer files from the internet to the computer. Think of streaming services like Netflix or YouTube. Your download speed effects the quality of viewing on these platforms.

Upload tests lets you know how long it will take to transfer files or content from your computer to the internet. For example, how long it would take for you to upload pictures to the cloud or Google Drive.

Ping, also referred to as latency, is the amount of time it takes for a packet of data to travel from one computer to another computer over a network. Ping is useful for gamers who enjoy player versus player games.

Speed Tests Have Many Variables

When performing an internet speed test there are several factors that can alter your readings. Where your computer  or device is placed can often effect the signal strength. Walls and large objects can interfere with a WiFi signal. An older computer may not be capable of running high speed internet due to its age and the capabilities of its network card. If there is streaming on other devices while running a speed test, expect to get an awful result. A speed test cannot determine the full speed of the network if the network is being used.

A speed test will also result in different results depending on the time of day. Neighborhoods share a connection to a nearby network router en route to the Internet Service Provider’s main hub. The traffic varies throughout the day, just like traffic on a road. Overall, getting a good understanding of how fast your internet speed requires multiple tests on different devices on different days and times.

Here is a clip of four devices ranging in very different speed test results, despite being connected to the same internet connection. Amazingly all devices registered at different speeds. The download speeds tested from 118 MBPS to 352 MBPS despite these devices being right next to each other.

Use A Hardwired Connection When Possible 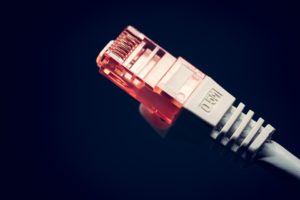 Here is a video showing the speed differences between WiFi connection versus a hardwired connection. The results are staggering.

Read The Fine Print On Your Services 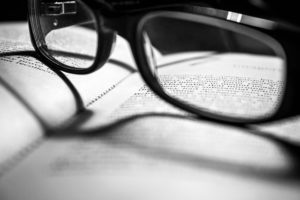 When it comes to a reasonable speed and what to expect, remember the fine print. All ISPs will guarantee speeds up to what plan you selected. For example, if you are paying for 300 MBPS download speed and 30 MBPS upload speed, you should be getting somewhere near that, but do not expect the full 300/30. There is a fine print on your service which states something along the lines of, “broadband speeds are not guaranteed, subject to a number of factors and are measured via direct connection, not WiFi.” Think of it like this, you buy a new car that can top off at 160 MPH. The car is perfectly capable of going that speed, but it is actually not going to go anywhere near that fast.